Even as a child I never liked my first name, preferring often to simply use the letter “A.” I used to think it was because “Amy” seemed too wimpy and I also resented being named after a character in Louisa May Alcott’s Little Women (yes, my parents did that). I began to feel better about the name just last year, after I discovered that Amy is also the name of a gender-fluid Goetic demon. (I mean, you can never call a demon “wimpy,” can you?) 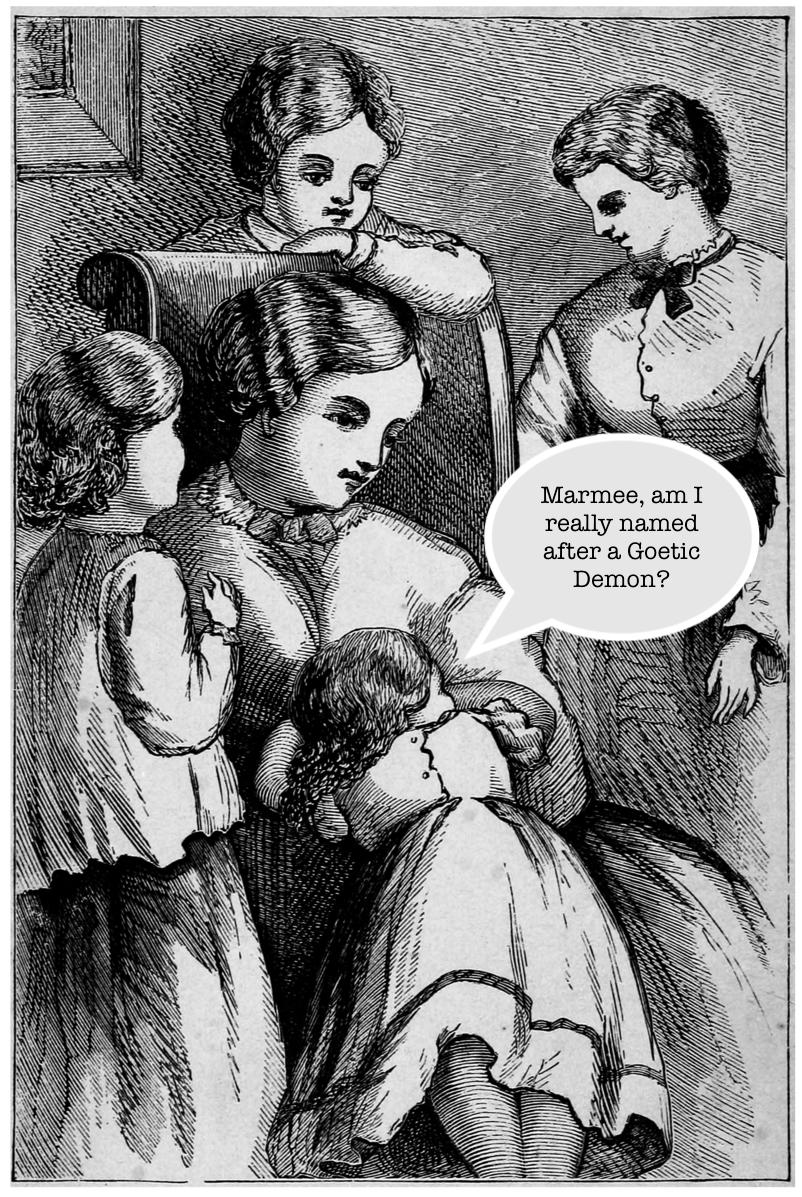 As a little kid, I was never an Amy in my imagination. I was Captain Nemo (20 Leagues Under the Sea), or Dr. Doolittle, or Sir Lancelot. I was also, often, a “Pirate Queen.” You see a pattern starting to emerge, right?

In my teens and early twenties, I went along with “being a girl” because I didn’t know there was an option. But I felt uncomfortable, never quite right. I’m artistic, intellectual–never athletic–so “tomboy” wouldn’t fit. I wanted love, so I became “a girlfriend” for a series of boyfriends, later “a wife” and “a mother.” I was and am other things too, but the stakes for success or failure in the gender roles were always the highest, the most precarious. As uncomfortable as I was in them–though I tried my best–I didn’t want to be “a man” or “a boyfriend” or “a husband” either. The concepts of gender neutrality, gender plurality, and gender non-binary, didn’t show up on my radar until I was in the middle of menopause. Yes, there was the old idea of “androgyny” in the 1960’s, and I was often attracted to androgynous people, but that didn’t seem like something I’d be able to do myself.

Anyway, there’s a long story behind all this and I’m not up to telling all of it now. It’s just that I only recently realized that the gift of being unpartnered for the last three years has given me the opportunity to discover an essential core truth. The truth is this: I have seldom felt like “a woman” (pregnancy and lactation the closest thing to experiencing that), though I’ve had to live as one. But I don’t feel like anything super nameable either.

I feel like…a creature…forced to wear an ill-fitting garment that hides zir true beauty. (And is the “garment” only made of ill-fitting concepts or is “the ill fit” more physical? Too soon to tell.) And so today I’ve claimed the pronouns of ze/zir, at last. I may not be able to do much about the ill-fitting garment, especially since the physical aspects are aging, but I can at least claim the right pronouns for myself.

On a literary note: Some readers of earlier chapters of The Dire Deeds have suggested to me that Babe Bump is my alter-ego. But though I’ve given Babe a number of characteristics and background details of my own, she’s not my alter-ego. My alter ego is Tomma Bedlam, if anyone is. Or perhaps ze is my teacher.